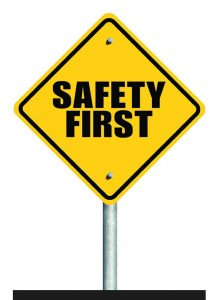 Lloyd Rattansingh acts as the Operations President/Manager of Manage Transit Corp, where he is responsible for drivers, matrons, dispatchers, and mechanics. He is also in charge of updating records of all 19-A Certified drivers on a daily basis. Lloyd’s West Indian background also did not allow him to be exposed to the special needs community that he now services with self-gratitude. His acquaintance with this specific population of students was also introduced to him when he began to work for Charles Curcio. This is when Lloyd started to understand and realize how mainstream transportation for people with disabilities and special needs was becoming. Charles ultimately has given him the advantage to be culturally aware of the specific needs to be met in all diverse populations that Manage Transit Corp serves. Lloyd’s extensive capability to multitask, adapt, and strongly communicate as a dispatcher has led to his credentials of over 200 runs and monitoring 450 drivers’ and matrons’ attendances. He also plays the vital role of a commercial driver with passenger endorsements, driving oversized or large vehicles as a 19-A Certified Examiner to keep Manage Transit Corp thriving as a production company. Lloyd’s cultivated experiences are matched by his list of professional accomplishments which include:
Article 19-A Certified Examiner
NSC Defensive Driving Course Instructor
Access-A-Ride Training Program:
– Section 10.4 Vehicle Orientation
– Section 10.5 Accident & Emergencies
– Section 10.6 First Aid
– Section 10.7 Sensitivity Training
– Section 10.8 Transit Authority Regulations
Transportation Management Associates: Passenger Assistance Techniques
Department of Transportation STT Collection: Part 40 Subpart C,D,E and Subpart I
D.O.T. Safety Regulations 49 CFR Part 40
Department of Transportation Substance of Abuse Seminar 49 CFR Part 40

Charles J. Curcio acts as a pivotal advisor for Manage Transit Corp and has been part of the school bus and transportation industry for over 35 years. From a young age, Charles worked for a bus and charter company performing vehicle repairs, DOT prep, starting vehicles, dispatching, and sending all routes out. His high school job would soon become his full-time profession as he was in charge of assisting OPT in converting all wheelchair vehicles to the 4 points forward facing restraint system (Q-Straint). At this point, Charles became well versed on floor plans and capacities on buses and had the ability to alter plans and have them approved. He then was requested by Consolidated Bus to work for United Cerebral Palsy of NYC in order to oversee and revamp their participant transportation. He would soon be given the title of Vice President to oversee, make changes to management, and become a part of labour contract negotiations. With Charles’ expanding knowledge, he began to move forward with his own company, Outstanding Transport Inc. that is responsible for transporting physically and mentally challenged adults throughout the 5 boroughs. Charles has brought his success of running the second largest transportation company in the state of New York to Manage Transit Corp. His unmatched experience has supported his current position as a crucial mentor and one on one consultant for both Julissa and her staff. Charles’ wealth of knowledge also allows him to handle all labour negotiations and vehicle maintenance, making Manage Transit Corp a leader in specialized transportation services.

As the CEO of Manage Transit Corp, Julissa Hernandez Curcio has had over 18 years of experience within the special needs transportation industry. Her native roots from the Dominican Republic sheltered Julissa from working with the special needs community and did not allow for preparation of her future career. It wasn’t until she met Charles Curcio, who over the years took her minimal knowledge and showed her the importance of bringing awareness to this specific population and their transportation needs. With the help from Charles’ expertise inclusive of dealing with students who have physical and mental disabilities, Julissa has understood and observed why Charles always went the extra mile and stressed detailed orientation when meeting the needs of each and every diversified passenger. Julissa’s success as CEO goes above and beyond her title, stemming from her start as a special needs bus driver. Although her daily responsibilities include accounts receivable, payroll, and bankroll, there will be days when she willingly rides a bus route or goes to each of the facilities. Julissa’s exuding dedication to Manage Transit Corp. can be seen by her eagerness to sit in on monthly driver classes and participate in anything else that will show her where and how she can enhance their transportation services.